Where do you come from? 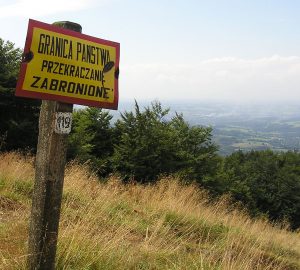 It is a simple enough question but sometimes the answer is complicated. Some of us come from just one place, region or country, others of us have a variety of former homes and national or ethnic identities.

It is also the case looking back through our family histories. Where families migrated to new locations, an individual’s place of birth, country of origin or place of previous residence was often recorded in various historical documents and therefore this information can be available to us today. One such type of document where former national identity was often recorded is national or state censuses.

However, there are countless examples to be found in 19th century British censuses and 20th century US federal censuses where a migrant’s birth place, previous place of residence or former nationality is recorded anachronistically. By this I mean that their former country of origin is described by a name it was no longer known by at the time it was recorded. Or their former national identity no longer describes the identity of persons living in their former homeland. State boundaries move. Political regimes crumble.

I have one such case within my own family history. Although I can probably count several migrant ancestors to the British Isles, from Vikings to Sicilians, within one family line there is a suggestion, albeit circumstantial, that the place of provenance prior to arriving in Britain was Poland. The reference was noted in the late 1830s and referred to a closely related family member who had migrated from “Poland” to the London ward of Aldgate around 1790. Perhaps unsurprisingly this corresponded with the time of the Partition of Poland when the state of Poland was dissolved until the formation of the Second Polish Republic created in 1918 following World War I.

The Kingdom of Poland had been formally allied to the Grand Duchy of Lithuania under the Polish-Lithuanian Commonwealth agreed at the Union of Lublin in 1569. Political instability and war had led to the dissolution of this union by the Austrian, Prussian and Russian Empires, which partitioned the territories of the Commonwealth between themselves in three phases: in 1772, 1793 and 1795.

So what did my family’s use of the term Poland actually point to? In the eyes of the British authorities who received and reported this detail it probably corresponded with the country of Poland which had ceased to exist within living memory. From the perspective of the individual who gave this fact some 50 years after their migration, the term Poland could have relayed a more nuanced appreciation of their former homeland. It may have suggested that their earlier home territory had been ethnically Polish rather than being predominately inhabited by peoples belonging to other ethnicities who controlled or inhabited various disparate regions within the former Polish kingdom. Did this mean that they had lived in a Polish dominated region, rather than a Pomerian, Teutonic or Silesian territory for example?

Can this broad term help me in any way to work out where in particular within the former Polish realm my ancestral connection came from? Perhaps not specifically without further corroborating information, but it is still important to question where that term referred to at the time it was recorded and what it would have actually meant for the person to whom it referred.

Similar considerations arise within many families whose former European homelands changed national identity over the course of their life time and in particular since their migration away from those regions.

For example I know of several migrant families who left the northern regions of the Kingdom of Hungary to live in New York were usually described in US federal censuses as Hungarian or from Hungary. However following the Treaty of Trianon after World War I the territory was ceded to the state of Czechoslovakia in 1920 as part of the Slovak territories. Consequently in US censuses of 1930 and 1940 their former place of provenance or birth place was recorded as Slovakia, even though when they last resided in Europe their home region had no yet been made Slovakia. They were not ethnically Slovak although they had lived amongst a populace which was predominately of Slovak ethnicity at the time.

Such nationality labels often need deconstructing particularly in the case of families whose own cultural and linguistic heritage was mixed. I’m thinking here of a German-speaking Hungarian Jewish family who had lived in their Hungarian home region for at least 120 years before they migrated to North America.

There is often a disparity between how an individual’s identity was regarded by the state in the limited nationalist terms that official documentation allowed, and how an individual viewed their own identity publicly and privately.

Another family I can think of is one whose homeland in Silesia was ceded to the Kingdom of Prussia from the Habsburg’s Kingdom of Bohemia in the 1740s and later to Poland following World War II. Over the course of this period the family moved around the region and across inter-regional boundaries before moving to Britain and North America. It was not until that later stage that family members alluded to the complexity of their self-perceived former identities. Officially they were described as German because they had come from an area which at the time was part of the German Reich. In reality the family’s heritage was far more complex than classification by nationalist politics or mother tongue allowed.

There are many many cases of families who by the mid 20th century had successive generations of family members who had lived their lives in locations across Central and Eastern Europe which had changed national identity on several occasions.

When considering our migrant ancestors it is important to consider how each individual family member negotiated identity. Once they had migrated their sense of self was founded perhaps on multiple former official identities, retrospectively analysed identities, had-one-not-migrated identities according to new political status quos. It took on board new identities forged in new surroundings amidst countless influences and factors. It drew on strands of inherited family identity rooted in ethnicity, language and culture. Combining with deeply personal aspects such as religion, nationalism, politics, status, gender and age.

Trying to understand the private and official identities of ancestors is a complex activity to which knowledge of their country of origin can help, but doesn’t always.

Historytrace can help you to discover your family’s places of origin right across Europe. Do get in touch using the Contact page of this website if our services could help you explore your family history on a deeper level.

If you enjoyed reading this, please share it with your friends and family using the share and like buttons below or get our historytracings blogposts via RSS feed. You may also be interested to read the historytracings blog post Here, There and Everywhere – Thursday Thoughts