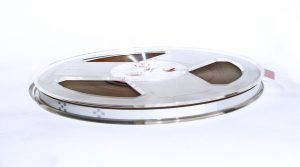 One of the most direct means we have to encounter our ancestors is without a doubt photographs, but photographs can only give us visual and contextual clues as to their personalities and life circumstances. Film footage of family members is even more immediate in its ability to convey us directly into the lives of relatives who have perhaps passed on or the earlier lives of our own close family members. You may have cine film with or without sound or even video footage which takes you back to your own childhood or gives you glimpses of your grandparents’ and great grandparents’ lives.

I was recently watching the Elizabeth at 90 – A Family Tribute documentary compiled from cine footage taken from the private collection of HRH Queen Elizabeth II screened by BBC One in celebration of the Queen’s 90th birthday in April 2016. It was fascinating watching members of the royal family at everyday activities as well as their own take on large family events and national occasions. With the commentary that members of the family provided on screen it was less noticeable that probably many of these films were not originally recorded with sound. However, the voices of the royal family have been captured over decades for posterity, in recordings made for radio and television.

In our own families this is not necessarily the case. There are many lost voices that articulated the vocal landscape of our ancestry, through personal accents and use of local and regional dialects, as well as other languages which your family may no longer speak or understand.

Sometimes we briefly re-find the lost voices of relatives who have passed on somewhere deep in our memories. We hear their words in our mind’s ear, perhaps the funny things they used to say. We are perhaps reminded of their characteristic vocal traits when we hear a voice similar to theirs. Or we may be fortunate enough to have sound recordings or film footage of those people and be able to see and hear them directly.

The vocal landscape of our present family life is a soundtrack which we can capture quite easily using simple and accessible technology, with a free app on our phone or a more retro dictaphone. These two approaches may be less invasive than video recording, but you should still ask the person’s permission before capturing their stories.

Recording family lore and oral history can provide a rich repository of family culture and tradition which can then be preserved and shared for generations to come. Have you ever thought about recording family members at get-togethers and family occasions? You may be interested in the stories of their own lives or their recollections of family life from their childhood and memories of older family members they knew.

Beyond the personal stories and recollections which is the actual content or message that family voices share with us, another fascinating aspect of your vocal ancestral landscape is the linguistic sound and form which carry those stories.

What accents and dialects form part of your family’s vocal heritage? What individual languages? It may be that your family heritage was located in various parts of the country in which you currently live. Perhaps your family shared a particularly local way of speaking, using colloquial expressions which were common in specific geographic regions or even unique to your family or your family’s social sphere or cultural background.

For British family backgrounds the British Library has a very interesting collection of regional accents and dialects which have been collected over many years. Recordings which are accessible to all online present the sounds of voices from across the nation. This is a great place to listen to accents used in regions where your ancestors lived within the United Kingdom. The collection really gives insight into the local inflections of accents particular in regions whose vocal soundscape you may not be familiar with.

As we know language use changes and future generations will no doubt be fascinated by how we sound today. The BBC Voices project is a collection of recordings from the beginning of the 21st century capturing the linguistic landscape of the UK through the language spoken by members of the public. Another interesting source is the International Dialects of English Archive which offers primary-source recordings of English-language dialects and accents from around the world.

If you know the regions where your ancestors lived you may find that listening to the voices captured in these collections can evoke something of the vocal character of your family ancestry in those places.

Similarly if your family originated in another country there may be national collections of voices which suggest something of the soundscape of your foreign ancestry. For example if your ancestry originated in German-speaking territories, there is a selection of websites with collections of recordings and information around regional German linguistic heritage.

Another useful collection for those who have Yiddish-speaking ancestry is the Evidence of Yiddish Documented in European Societies (EYDES) collection  presented in German and English. The Sound Archiv (Tonarchiv) is a collection of recordings which can be listened to online. There is a location index (Ortsindex) which presents Yiddish voices originating in specific regions, even individual cities and towns from across the wide territories where various forms of the Yiddish language were commonly spoken by Jewish communities during the 19th and first part of the 20th century. Another collection of recordings reflecting Yiddish spoken in 603 locations across Central and Eastern Europe on the eve of World War II was made between 1959 and 1972. The Language and Culture Archive of Ashkenazic Jewry (LCAAJ) contains papers and sounds recordings and is housed a Columbia University’s Rare Book and Manuscripts Library.

If you do not know what language a particular group of your ancestors spoke before they emigrated to the last known country they settled in, there is a range of information which can be gathered which may help you ascertain which languages they used either at home or officially in their former countries of residence. From vital data documents which record places of birth in foreign lands to censuses which give an official account of former countries of residence and birth perhaps. Sometimes also entries include ethnic descriptions or specific language use information.

If it is not clear from these types of documentation which language group your ancestors may have belonged to, then it is important to look at the location where they lived and understand something of the historical and national context of the period prior to your family’s emigration. This will help you narrow down what language or languages were spoken in that location by different sections of the resident population.

There are several former abodes in Europe where language use needs careful consideration. For example particularly around border regions, in places where national boundaries shifted during the 18th, 19th and 20th centuries. Or in parts of the Austrian and Russian Empires which covered vastly disparate territories, where local populations were made up of inhabitants who had formerly resided perhaps in a variety of former kingdoms, with specific ethnicities and their own long-standing linguistic identities. It may have been the case that your family used one language predominantly in the home and one for official purposes, and even dialects within those languages, whilst family members were comfortable using other locally prevalent languages for commercial interactions.

Your ancestors’ vocal landscape of languages, accents and dialects may be very rich indeed and hopefully with a little exploration and research you may be able to retrieve something of that perhaps lost family heritage or at least on evocation of it.

Historytrace can help you to discover your family’s places of origin right across Europe. Do get in touch using the Contact page of this website if our services could help you explore your family history on a deeper level.