Do you stand at the end of your ancestral line? 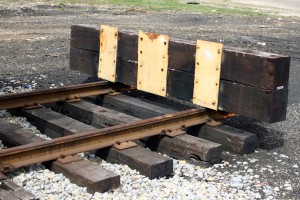 You may be the last living male in your family line. Or you may be the last female surname bearer who has the choice whether to give up your maiden name upon marriage. Both ends of the line can be deeply felt.

In many countries with every generation surnames are discarded and new ones adopted. At times of partnership and marriage a branching of the family tree occurs. When a next generation is born the cycle of family life is continued for another generation. At both these junctures in many cases surnames are relinquished whilst others continue to live on.

With each marriage the question arises of how to publicly or officially handle surname change, guided by the strictures of your country’s naming legislature and shaped by the traditions of its culture. In British society you can choose to adopt your partner’s surname male or female, or retain your original one. You can also choose to double-barrel or join the surnames of each partner used one after the other, with or without a hyphen.

In Britain historically the double-barrelled surname can be inherited and there is a long history of its use where a male ancestral line has terminated. Egalitarianism within partnerships, whether male-female or same-sex, sees continued popularity for surname combination which has reduced the debate to whether or not to use a hyphen. Whilst triple-barrelled even quadrupled-barrelled surnames have been known, particularly within the upper classes, the question of how to deal with a partnership of individuals both with double-barrelled surnames is yet to be regularly played out in the public sphere and may rest on the shoulders of the next generation. It will be a conundrum to be individually resolved at each future fork in the family road map. Just like the decision whether to give up a birth surname upon marriage.

I believe there has been a significant shift in the expectations and thinking around naming conventions aided by global internet culture. Away from the egalitarian double-barrelled surname solution with its emphasis on the preservation of the family heritage and status associated with both combined families, there is an increasing focus on the personal and public identity of the name bearer and the effect of changing one’s surname with a change in relationship status. This trend is most evident amongst high-profile individuals who do not wish to dilute personal brand by officially or publicly changing their surname upon marriage. There is a trickle down effect evident among those who establish a public presence in social media online or a distinct name within their professional sphere. Even those of us who limit our internet presence to Facebook and LinkedIn are faced with a quandry around the effects and benefits of altering one’s internet identity upon marriage.

Perhaps it is a superfluous quandry in this age of the commonplace use of multiple identities. We have all been using avatar and anonymised usernames online for more than a generation now and we are so used to having multiple online identities that this has also inevitably had an effect on our own attitudes towards our private, official names. Has it actually served to make us more protective of our private identity. Or do we feel less connected to our real names as a result? Whichever we feel, it will be interesting to see what impact this has on official name trends.

Name changes are often long thought through, especially for families that have migrated to new locations. A new surname can be part of identifying with a new surrounding culture, language and home, whilst retaining an original surname determinedly asserts one’s former heritage. A name change in itself often says much about the family’s interaction with the adopted language and culture of the new surroundings. If your family’s migration to your present country of residence was just the most recent stage of a migration around the globe begun generations previously, your family may have already undergone name changes along this journey. Such as the Magyarisation of German language surnames in Hungary following the Austro-Hungarian Compromise of 1867 or the Russification of surnames of Jewish residents in the Russian Empire during the 19th century.

There are a number of historical sources which can be used to trace name changes. Official name change records held in the national archives and historical newspaper articles announcing name changes are just two. Some name change moments can only be indirectly observed however by comparing residents at a known family address over a period of years for example.

Other motivations for changing one’s surname can range from the desire for a new identity to the dislike of a former name and its associations. What about the passing out of use of surnames which have been altered or completely changed for various reasons, such as ease and homogenisation of spelling or because of connotations (apologies to De’Ath readers), literal or humorous meanings (for example English surnames ending in “bottom”, again apologies). One wonders how many surnames have been altered out of history or even completely eradicated.

Surnames are so much more than mere identifying labels to distinguish individuals. They hold cultural and national associations sometimes pointing to specific aspects of ancestral life such as location, occupation or foreign provenance. And they have a deep existential significance for those of us, like me, with whom the family surname has passed out of use. I can’t quite let it lie whether I had a duty to retain my maiden name. Initially I held two identities, known under both my maiden and married surnames, split along work / home lines. For me it would have been clumsy to double-barrel since I already had double-barrelled given names. Although we decided after considerably discussion not to give my maiden name to offspring as a middle name, we may yet find a way to perpetuate my maiden name in some form. But don’t worry, the children named the gerbils.

Historytrace can help you track historical family name changes across countries and generations. Do get in touch using the Contact page of this website if our services could help you explore your family heritage on a deeper level.

If you enjoyed reading this you may also be interested in What’s in a Surname? and our Research Your Own series.